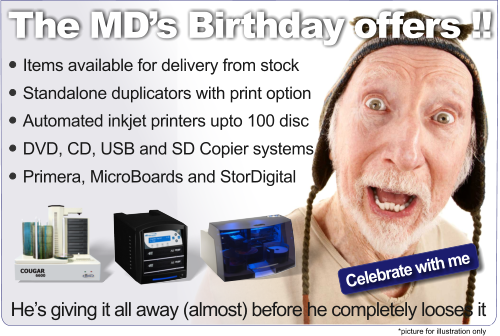 As part of a year of celebrations to mark the turning of the CD-writer.com MD’s 41st year we are offering over 41’000 UK pounds worth of discounts on our best selling products. Find out more by visiting the MDs Birthday celebration discount pages. 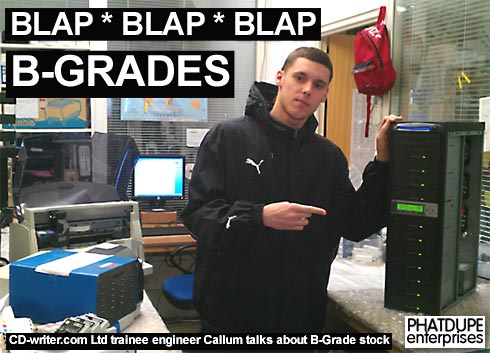 We’ve gone through all our open box, returned and old stock to bring you these great offers on B-Grade discounted duplicators. Call us on 02082930777 to find out more.

There is some exiting news regarding the music industry. Some of you are possibly not aware of the fact that the music industry has been in decline for the last few years. Now it seems as if things might have changed. The sale of the company EMI, due to financial problems, might still be concerning but overall it looks like the industry is heading towards a positive future.

In order to be more definite here are a few facts showing how this figure of 330.6 million is made up. (although the numbers don’t add up precisely):

Reportedly, it is also the first time in history that digital album sales surpassed physical sales by allowing 10 individual singles to be collectively considered as an album. There was an improvement of CD sales as well, from down 19 % in 2010 to a much healthier 5.7 % in 2011.

Let’s get into it in more detail. The US music industry possibly owes its increase in turnover in a large part to Adele’s big seller album 21, which achieved sales of overall 5.82 million copies, consisting of 4 million physical CDs and 160,000 vinyls. To be exact, 83 % of the units sold were account for in physical sales. Furthermore, there were 5.81 million downloads of her number 1 hit “Rolling in the Deep”, which should the be, transformed into units, add up to another 581,000 albums sold. Given the fact she wrote this song in just one single afternoon, it’s quite a success. Finally, her album had the highest annual sales since Usher’s Confessions sold 8 million albums in 2004. I suppose 2011 must have been a really good year for Adele in which she outpaced many of her equally worth contemporaries.

You might not believe it, but the the prize for the biggest selling vinyl album goes to The Beatles’ Abbey Road, which was launched in 1969. A third time running win for the apple plate, with ever growing yearly sales. In 2009 34,800 copies were sold, 35,000 in 2010 and eventually 41,000 in 2011. In general, most of the long sellers of vinyls were from the rock or alternative genre.

Additionally, here are the respective shares of the most known companies in the music industry in the US:

According to an article of the USA Today 76,875 new albums entered the music market last year. However, the important thing is that 34 % of the last year’s sales consisted of those new launches.

Although the above mentioned data contains the industry numbers, it’s quite impossible to measure the whole revenue of the music industry because many of the indie sales don’t even show up in the statistic. Therefore this article might give you just a quick overview of how things have changed, however, with the numbers stacking up as they are it looks like the music industry can forward to a rosy future.

Here at CD-writer.com we continue to see increasing custom from recording artists who are dedicated to releasing their product in physical form. We work closely with our customer to ensure they produce the most professional product for their releases whether we are offering disc production technology or disc production services. If you are interested in releasing your music on CD or DVD talk to the team at CD-writer.com today on 0208 293 0777 to see how we can help you get your music to market.

Sources:
Album sales up in 2011, especially for Adele (USA Today)

Album sales up for the first time since 2004 (Entertainment Weekly)

Cue the Music: Driven by Digital, Music Sales up in 2011 (Nielsen)

As we move swiftly towards another year end it’s time once again to shift as much stock as possible, and with the market still being a little sluggish, the fastest way to achieve this goal is to reduce our prices to the lowest level possible.

Here are a few examples.

We’ve also got a long list of B-Grade items that are either fctory refurbished or openbox products. These include tower duplicators of all sizes and some Print Factory printers from from MicroBoards, call us to find out more on 020 8293 0777. Or visit our April Offers pages.