Cool (although short) write up on how printing your own product labels with a Primera color label printer helps you establish and build your brand.  Check it out at the Primera Blog.

Danecourt House is an exceptionally pleasant traditional cottage in central Deal. 500 meters from the sea front, close to Deal Castle and 3 minutes from the nearest pubs and restaurants. Recently decorated with traditional style kitchen and bathroom. Large open plan downstairs living area. 2 double bedrooms and courtyard garden with BBQ. This is a great property in a perfect location to enjoy the wonders of Deal and the Open. On street parking to the front of the property.

This property is available throughout the period of the Open and for periods before and after the event. 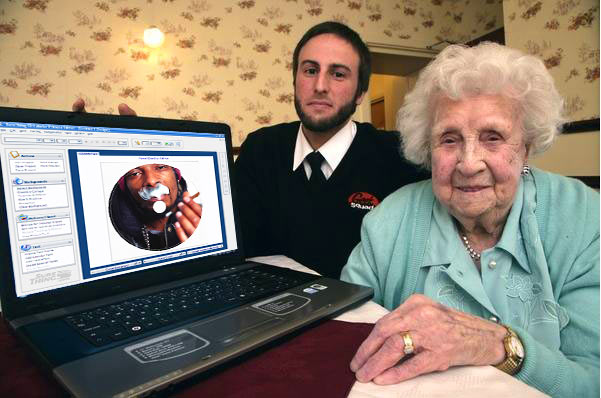 We are pleased to announce that a new Software Developer’s Kit for Primera’s new Bravo 4100-Series Disc Publishers (DP-4100 in EMEA) is now available. This new version supports all Primera disc publishers since Bravo II. It includes a number of new enhancements to make it even more robust and versatile than ever before.

You’ll need a password to download the new SDK. Enter the same one you’ve used previously; if you don’t remember it please take a moment to re-register or simply call us. Release notes and a programmer’s guide to v3.3.0 are located on the download page. If you have any questions, call SDK Developer Support on the dedicated phone number +1-763-475-6999 or email to developersupport@primera.com.

The new additions include a Blu-Ray version of their ever popular expandable duplication system, the LinkTower. With the expandable Blu-Ray duplicator available in modules of 15 targets it is now possible to connect infinite numbers of drives and make 1000’s of instant Blu-Ray copies from one master in a single cycle.

Also available is Blu-Ray version of their Rack Mountable duplication platform. Coming in a 19U chassis the 6 target rack mountable Blu-Ray duplicator offers the same professional performance as the standard StorDigital Premium duplicator range. Like all the current devices it boasts a 10X Blu-Ray burn speed via the built in expandable hard drive.

The most notable product is a NEW Lite version of the single target standalone Blu-Ray duplicator. To keep costs down StorDigital Systems new 1 target Blu-Ray duplicator features a single drive. This single Blu-Ray burner is then used for both Reading (to the HDD) and Writing (from the HDD). The device also features the option to add a USB connect to host PC.

Find out more about the range of Blu-Ray duplicators from StorDigital Systems available at CD-writer.com here.

It’s March and CD-writer.com is a wonderland of exclusive near giveaway special offers. Regular customers know we are not afraid to do some exceptional deals on any of our products.

Most notably we have a couple of our exclusive StorDigital ProBurner duplicators with 7 targets going cheap. These units are 100% brand new products but have small amount of cosmetic damage. Any other company would sell these units at the regular retail price, but we’re a bunch of total hatters and haven’t got the heart for it.

Since we aim for excellence and perfection in all that we do our sales manager Alice has downgraded  them to B-GRADE stock. So don’t loose your head looking for the best duplicator deals elsewhere when you’re already found them right here.

See our B-Grade ProBurner Professional DVD CD Duplicators here. Other great bargains include the Primera SE AutoPrinter at just £666 and the Primera SE Publisher at £999. For those interested in publishing Blu-Ray discs don’t miss the Primera SE Blu-Ray disc publisher.. Remember if you need more information, would like print samples or would like to receive a no-obligation demonstration, you should call the March Hare on 020 8293 0777.